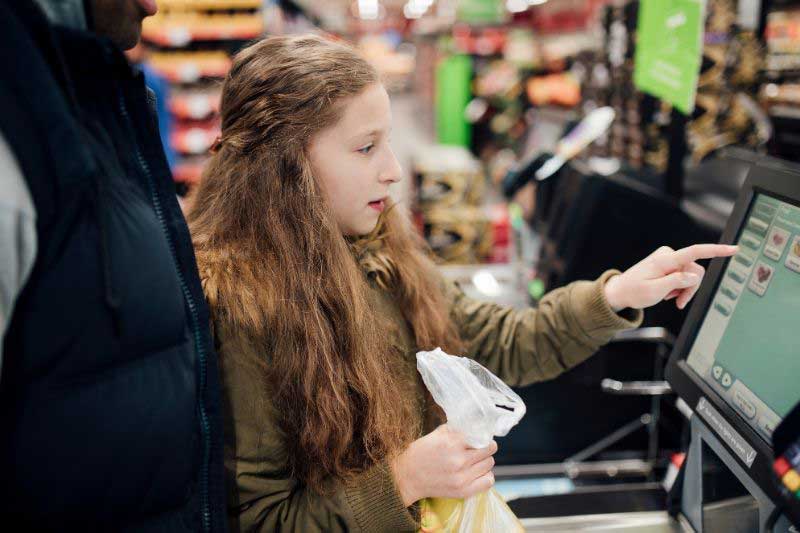 What is Self-Service Technology?

Chances are you’ve used self-service technology in the past week. Have you placed an order online? Used a kiosk instead of a cashier at your favorite lunch spot? Run through the self-checkout when you needed to grab a carton of eggs on your way home?

You may be wondering how we got to this point. When did self-service become such an everyday experience, and what does it mean for my business?

In this white paper, we will address these questions and provide insight on how self-service can be a benefit to your company.

What is Self-Service Technology?

This isn’t a new concept.

One of the first examples of a self-service product was a coin-operated vending machine invented by Percival Everitt in 1833 to dispense postcards. This was followed by a gum-dispenser manufactured by the Thomas Adams Gum Company in 1888 to sell its popular “Tutti-Frutti” brand.

By the 1940s, vending machines dispensing food and beverages were becoming popular in retail and convenience stores. But the 1960s were pivotal years for self-service with the birth of the ATM and the rise of self-service gas stations.

Self-service technology as many consumers think of it today – self-checkouts, self-service kiosks, etc. – was first developed in the late 70s at the University of Illinois Urbana-Champaign. A pre-med student at the university, Murray Lappe, created an interactive kiosk called the “Plato Hotline.” It had a plasma touchscreen interface that allowed users to view relevant school information like maps, class information and bus schedules.

Then, a big breakthrough.

An MIT-educated emergency room doctor named Howard Schneider came up with the idea of the retail self-checkout. He invested his family’s life-savings – approximately $50,000 – into building a prototype and presented it in front of multiple retail executives at meetings and trade shows. After several failed attempts, he finally got his opportunity with a grocery called Price Chopper that allowed him to test his product in their store.

The rest is history.

Why is Self-Service Technology Important?

If you’re a business owner, take a second to think about your customers. Who are the primary consumers of the already here and near-to-come future? Millennials and Gen Z.

As generations that grew up with screens in hand, these consumers have come to expect “accessible products that can be viewed, touched and manipulated.” Not only that, but they’ve become accustomed to lightning-speed transactions and independence to service their own needs.

If you need further convincing, consider the numbers.

A recent SOTI poll evaluating consumer behavior found that 73 percent of respondents believe the retail experience could be improved through self-service technologies and less employee involvement.  They reported that this number was up 10.6 percent from the previous year.

With minimum wage being raised in many states to $15 an hour, businesses are scrambling to cut costs to maintain profit margins and keep stores open. This is where self-service technology steps in.

Let’s say your store, hypothetically, is open from 6:00 am – 10:00 am. This is a total of 16 hours per day. And let’s say you’re considering removing four traditional lanes from this store and installing six self-checkouts.

In this situation, you’ve saved a total of $5,040 per week in labor costs and have increased your transaction count opportunities without having to increase your footprint.

We’d call that a win.

I Think Self-Service is Right for my Business. What’s my next step?

With so many self-service styles available, you may need help deciding which unit is best for your store. This is where we step in.

Our engineers have spent 20 years fine-tuning our self-service designs and building relationships with top leaders in the industry. We have the skill to bring your ideas to life and the knowledge to advise you on which point-of-sale would be best for your business.

Request a consultation with us today or call us at 800-210-2302 to begin preliminary discussions on designing a custom unit for your store.